At Fedora Intertech, we partner with our clients to provide bespoke security and systems integration solutions. Backed by decades of experience and implementing best of breed technology, our team has the expertise and support needed to solve the most challenging problems. From system design, engineering, installation, and continued support – Fedora Intertech is your trusted partner in every phase of a project. We pride ourselves on being a bespoke solution provider for our clients, tailoring solutions to fit your needs.

Our team members are what make us successful, and our expertise benefits our clients, vendors, and communities. Our commitment to our clients is rooted in all facets of our work. We build upon our relationships, ensuring sustained support for continued success.

Formed in 2020, Fedora Intertech provides clients with over twenty years of experience by combining Fedora Security’s innovative security technologies and Intertech Ci’s expertise in systems integration. Headquartered in Pittsburgh, PA, the company has six additional offices throughout the United States, including a UL-listed and Five Diamond monitoring center (Universal Monitoring). 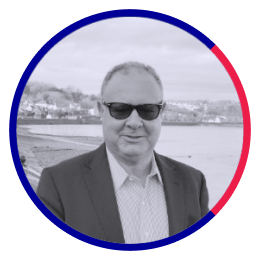 Roni oversees executive management and the strategic direction of the company. Prior to the creation of Fedora Intertech, Roni was the CEO of Fedora Security. He has extensive experience as a CEO/Chairman with a track record of raising capital both in Israel and the U.S.  From 2004-2010, Roni held various executive managerial positions within the physical electronic security arena, including as Co-Founder and CEO of Argyle Security and executive Vice Chairman of Electronics Line 3000. He has also served as Chairman of Israel Government Tourist Corporation, Israel’s Economic Minister to North America, and Managing Partner of a Tel Aviv-based law firm. Roni holds bachelors (LL.B) and master’s degrees (LL.M) in Commercial and Corporate Law from Tel Aviv and London universities. Ben provides operational leadership for the company and coordinates the senior management team. Prior to Fedora Intertech, Ben was the President & COO of Fedora Security where he managed technical, operations, and support functions. Ben brings a wealth of global experience in R&D, product development, operations, sales, professional services, and systems from diverse vertical markets. Prior to joining Fedora Security, Ben was VP of Endpoint Security at Check Point Software Technologies, a worldwide leader in Internet Security. He also held various positions at Comverse, the world’s leading value-added services supplier to service providers. Ben holds a B.Sc. in Physics and an MBA from Boston University. 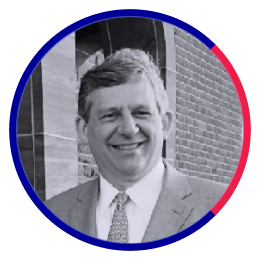 Ron provides financial and legal leadership for the company. Prior to Fedora Intertech, he was the CEO and strategic leader of Intertech Ci, where he was responsible for developing key business objectives and achieving corporate goals. From 2005 he oversaw the growth of the company into new markets and regions in western Pennsylvania, Texas, southwest Florida, and Ohio. Prior to Intertech, Ron held senior positions in sales and marketing at one of the nation’s largest mutual fund companies. He is also an attorney who has served on several non-profit boards in the western Pennsylvania region. Ron holds a B.A. from John Carroll University and a JD from Duquesne University. VP of Sales and Marketing

Jennifer leads our sales and marketing team and the company’s go-to-market strategies. She joined Fedora Intertech in 2021 after managing key global accounts for Competitive Capabilities International. Jennifer also held several leadership roles in Intertech Ci, including President of Access Logic, a subsidiary managing the electronic security and life safety systems for a major military installation in the United States. Prior to that she managed Intertech’s largest account, a leading pharmaceutical manufacturer, selling and managing electronic security projects across the globe. Jennifer brings an established history of developing and maintaining long term relationships that epitomizes Fedora Intertech’s mission to be a trusted partner with our customers. She holds a B.A. in International Business from Grove City College and a M.B.A. from Robert Morris University. Chip recently completed service as Interim-CEO of Action Target, a leading global designer and manufacturer of shooting ranges and training facilities for law enforcement, military, and commercial markets. From 2000-2011, Chip was Chief Security Officer (worldwide) for the Bank of New York Mellon (BNY Mellon), a global leader in the financial markets. Chip retired from the United States Secret Service after 24 years of service.

He held a variety of supervisory investigative and executive protection positions in field offices and headquarters of the USSS, culminating with his appointment as Special Agent in Charge of the New York Field Office, the Service’s largest and busiest office. Chip is a co-founder of Fedora Security and serves as a Director of Action Target. He was a Founding Director of Argyle Security and also serves on various not-for-profit boards and advisory boards. Chip holds bachelors and master’s degrees in criminal justice from West Chester University in West Chester, Pennsylvania.

Fedora Intertech is your trusted partner for security and systems integration. You can rely on our team to comprehensively address your needs with bespoke solutions and total end-to-end support.

Accounting and purchasing assist clients with billing and orders

Read more about our security and systems integration solutions

Speak to a consultant to learn more about our tailored solutions
Talk to a Specialist
Request a service
appointment
Schedule Service
Apply today to grow your career with Fedora Intertech
Join Our Team
We use cookies on our website to give you the most relevant experience by remembering your preferences and repeat visits. By clicking “Accept All”, you consent to the use of ALL the cookies. However, you may visit "Cookie Settings" to provide a controlled consent.
Cookie SettingsAccept All
Manage consent

This website uses cookies to improve your experience while you navigate through the website. Out of these, the cookies that are categorized as necessary are stored on your browser as they are essential for the working of basic functionalities of the website. We also use third-party cookies that help us analyze and understand how you use this website. These cookies will be stored in your browser only with your consent. You also have the option to opt-out of these cookies. But opting out of some of these cookies may affect your browsing experience.
Necessary Always Enabled
Necessary cookies are absolutely essential for the website to function properly. These cookies ensure basic functionalities and security features of the website, anonymously.
Functional
Functional cookies help to perform certain functionalities like sharing the content of the website on social media platforms, collect feedbacks, and other third-party features.
Performance
Performance cookies are used to understand and analyze the key performance indexes of the website which helps in delivering a better user experience for the visitors.
Analytics
Analytical cookies are used to understand how visitors interact with the website. These cookies help provide information on metrics the number of visitors, bounce rate, traffic source, etc.
Advertisement
Advertisement cookies are used to provide visitors with relevant ads and marketing campaigns. These cookies track visitors across websites and collect information to provide customized ads.
Others
Other uncategorized cookies are those that are being analyzed and have not been classified into a category as yet.
SAVE & ACCEPT

Contact us today for security and systems integration needs.